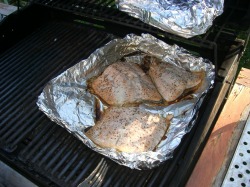 Day 1 - June 22 - Darrel arrived in Maple Grove about 4:30 PM after a rather hot ride from Token Creek, WI.  Ryan & Melissa joined us for dinner that night. Ryan supplied the salmon he caught in Lake Michigan over the weekend. Nothing like fresh salmon on the grill. 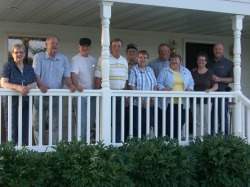 Arrived in Britton at 11:30 am, just in time for lunch.  Later in the afternoon we went out to Len & Sheri Alberts farm for a mini Alberts Reunion and barbecue. Lots of Lee & Darrel's cousins and their families gathered for food, fun and plenty of laughs. 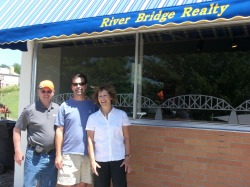 On are way across the state of South Dakota we stopped and had a quick visit with Dan & Pamela Cronin in Pierre. Dan & Pamela have been friends with Lee & Carolyn for over 30 years. We don't see them as often as we would like, but when we do get together, even if it's just for lunch it feels like we just visited two days ago. Pamela has opened a new realty office called River Bridge Realty. Dan has plans to open a photo framing studio on the second floor of the same building. Those two are always doing something new.

We had lunch at Rick & Barb Newman's Zesto in Pierre. The Zesto is an ice cream shop like Dairy Queen only better! Rick & Barb are good friends that we have known for years. It was a fun visit in Pierre that day. 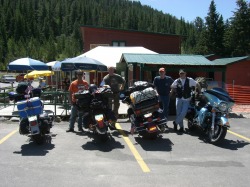 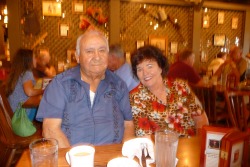 In Montana we stayed at a camp ground near Billings and then met with our cousin Sissy, her husband Harold, their daughter Lissa and her three children.