We arrived in Cody, WY, after a wonderful ride from Jackson, WY. We had several short delays on today's ride. The first delay was caused by a herd of buffalo crossing the rode as we left our campground this morning. Did someone asked, "Why did the buffalo cross the road?" Answer: "He is not one you want to ask!"
This next couple of delays were caused by road resurfacing. Later in the afternoon we were again delay a few minutes by tourists in Yellowstone park stopping in the middle of the road to take pictures out their car windows.
We took all these short delays in stride and arrived safely at the home of Lee's sister, Marla and brother-in-law, Richard in Cody, WY. We plan to hang out with them for a few days before we head off to the Black Hills and the Sturgis Motorcycle Rally. 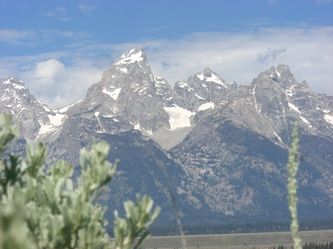 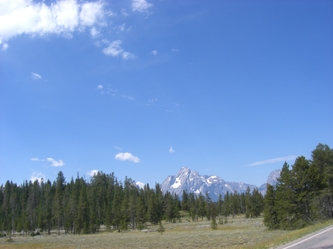 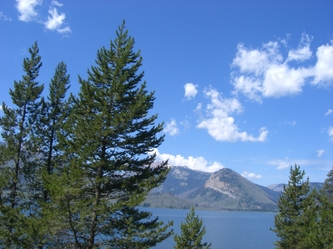 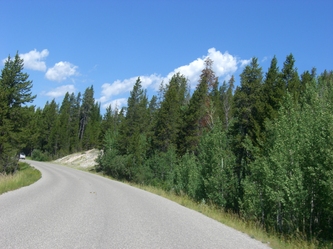 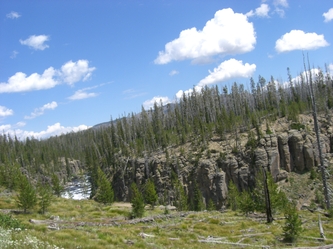 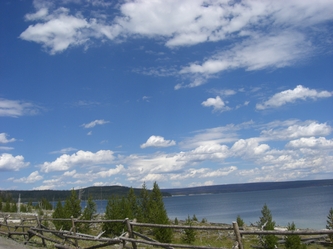 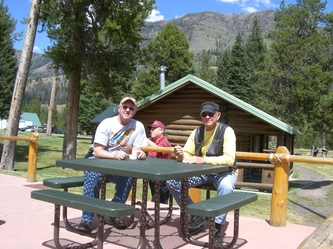 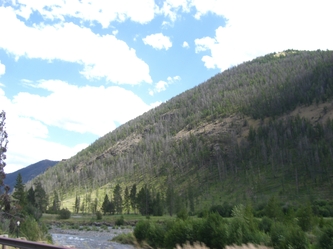 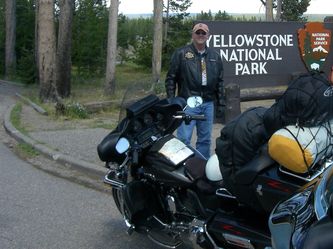 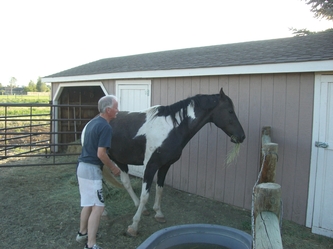 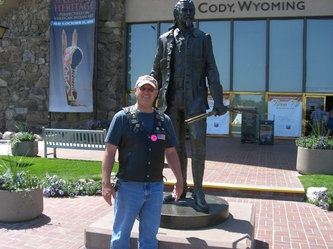 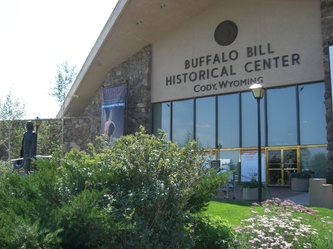 We spent some time at the Buffalo Bill Historical Center. The weather was very warm and sunny while we were in Cody. The ride from Yellowstone to Cody is great. See several of the pictures above. 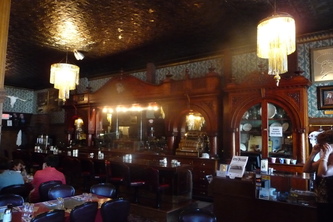 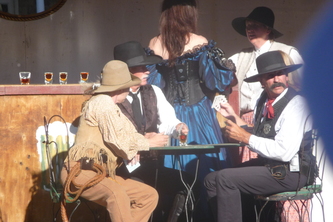 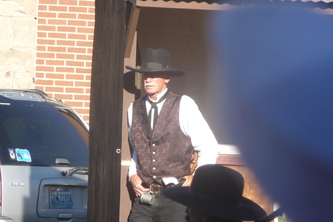 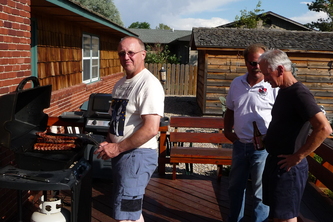 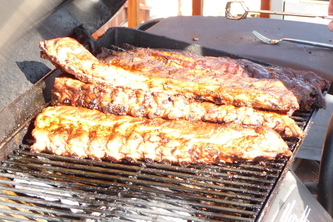 The pictures below are from the trip from Cody to Spearfish 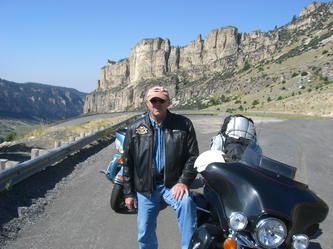 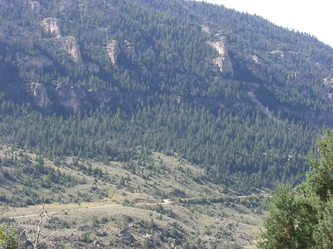 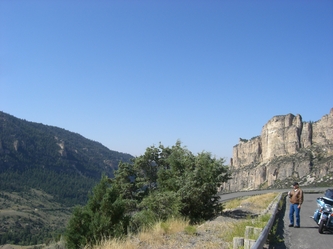 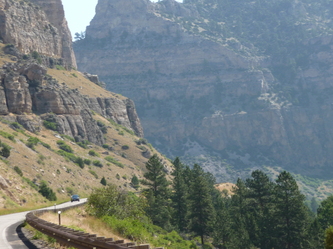 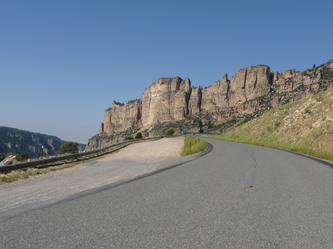 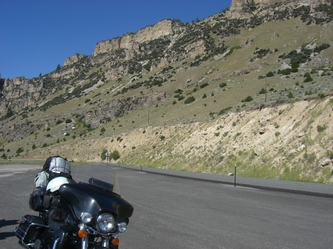